This is the middle of the Clear Fork of the Brazos. This was the main water supply for The Flat and Fort Griffin. As you can see the water level is very low due to the drought. I’ve never stood in the middle of a river before. Now I can say I have.

This is a view of the Clear Fork from a higher elevation. When The Flat was here I am thinking all these trees were gone and the river banks were denuded for building material and firewood. Many of the trees that grew along the banks at the time were cottonwood trees, not mesquite. People used cottonwood to put up buildings, but it is a poor wood for that. It’s soft and doesn’t last long. It wasn’t until people “civilized” the country when the mesquite took over. 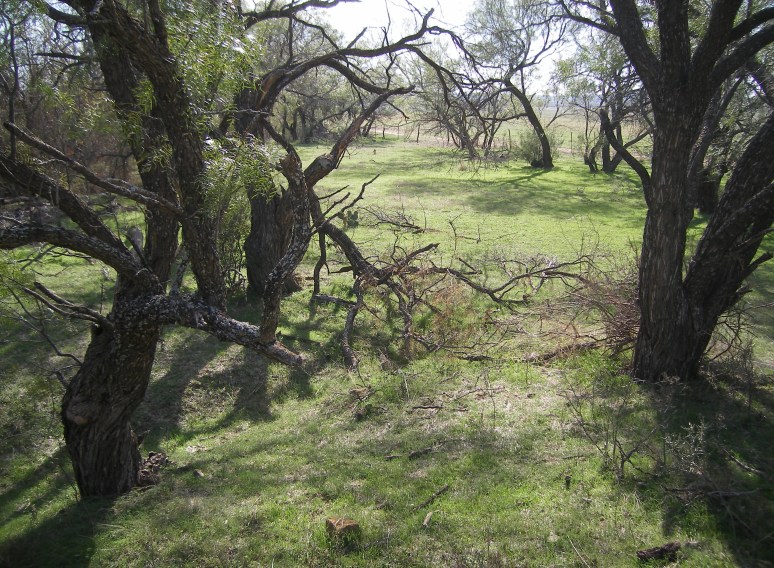 This was a pretty little sun drenched glade on the banks of the Clear Fork. Again you can see it is dominated by mesquite trees, though. I was surprised to see how green everything was, though, given the parched look of the rest of the landscape.

As you might guess water was very important in the west. Water is important wherever people live. There is no way the Clear Fork can support 5000 people on The Flat now, but it did at one time, and it really brings home how much water is being used up river for other things, and the price of the drought that is parching all the southwest right now.

2 Replies to “On the Banks of the Clear Fork”