“Lost in Space and Lost in Time: The Consequences of Temporal Dispersion for Exosolar Technological Civilizations” by Dave Moore, Centauri Dreams.

Mark here. This is an excellent article. I have always believed the problem lies more with our human-centralized impatience to “find idealized Star Trek aliens” rather than the simple fact we A.) are alone, or B.) the enormous spacial and temporal distances involved simply preclude a galaxy burgeoning with sentient lifeforms that mirror our own spatial-temporal frame.

In other words, the chances of advanced alien lifeforms inhabiting the same time-frame of our own civilization, given the age and enormous volume of the universe at hand, is pretty damn slim, and more likely zero. 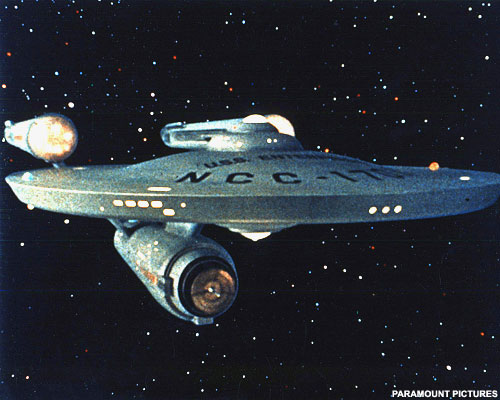 I maintain we will find microbial alien life, or come across archeological evidence of another civilization, long before we meet another  alien species face to face. You cannot ignore the time frame and galactic spacial distances involved, especially when coupled with the life spans of civilizations in relation to that.

Humans need to stop thinking in such limited and parochial terms. Even our galaxy isn’t a neighborhood. It’s enormous, enclosing both enormous time frames and distances. Once again, the ingrained impatience of our species is showing.

If you want to get down and dirty about it, Occam’s Razor is probably best here. We are alone. Star Trek, a federation of alien civilizations who exist at the same spatial-temporal point in their technological curve, is pure fantasy and will never be actualized. The actual age, and distances involved, preclude such an event. The distribution and rates of occurrence of alien civilizations are much too thin.